The following is a summary of The Science of Enlightenment Session #6, by Shinzen Young.  We are currently reviewing this series as a group in the Individuals Anonymous Facebook group, and you are encouraged to join if you have not done so already.

You may also purchase The Science of Enlightenment audiobook on Amazon, here.

Sensations are either stable or moving and changing in some way.

If the sensation is stable and tranquil, great.  If it is moving and painful, ok.  Detect it, allow it, and you are in touch with the fundamental quality of nature, impermanence.

After practicing for some time, you become able to do this while engaging in conversation.

If one fails to discern between the thinking body and the feeling mind, then the experience is intertwined between the two.  The consequences of this are multiplied by the two factors.

There is nothing wrong with this.

The sense of self arises through thoughts and feelings.

However, if we are unable to discern between the variety of sensations that come in, we are living through a perception of something there which is not there.

The sense of self might be there, however it is a certain type of flow of conscious activity.  If we are unable to discern, there is a feeling of one being an individual piece or particle.  This originally comes about as a tangling of thought and feeling.

It is an illusion – it is not what it appears to be.

This is counterintuitive and seems undesirable at first.  But it turns out to be an incredibly powerful way of looking at things.

If we are, on the other hand, able to discern, then we get a True sense of what the self is.

Most languages make it impossible to describe this.  It is impossible for a person in the English language to speak about anything without using “I”.By asking questions like ‘Who is enlightened?’ or ‘Who is aware?’ or ‘Who is it that is listening to the thoughts?’, a pronoun must be used in order to answer the question.  He, She, I, etc…  Many teachers actually refuse to answer the question.

Buddha taught about no-self.  This is an advantageous way to look at the situation.

The sense of self as an illusion.

Consider this. If one were to take balls of red and white yarn, interweave them together, and hold this at a distance, it will be seen as pink.  As the balls come into direct vision, what happens to the pink?  It goes away.  There is only red and white yarn there.  If we saw what was really there, we would never see pink.

Similarly, the sense of self as a vulnerable particle goes away when we are able to see what is there. And keep track of just what is there.

Self, in the ordinary sense of the word, is that pink.

The new ‘self’ is not a noun, it is a verb.  This is not an ordinary self.  It is the activity of personality that arises effortlessly from the spiritual source, moment by moment.

In the Buddhist tradition, they call this no-self.  This can be confusing.  It’s important to understand that the pink never went away, the pink was never there, to begin with. Nothing is lost in this realization, you are just seeing things as they actually. are.

Don’t think that this causes the personality to go away.  The most enlightened people have some of the most amazing, fluid personalities out there.  That is because they are no longer bound to the limited conceptualization that was in place prior.

The self as an activity rather than a thing.

There are reasons that it is difficult to progress in meditation without a teacher. Most people have better results if they at least have a coach, but it is not always necessary.

Mr. Young talks about a teacher who told him he would “eventually no longer need to make an object out of the self or out of the world, ever again.”  He was afraid of the consequences of doing that.  In a sense, it’s like telling a person here’s the edge of the grand canyon, jump off…  Isn’t that the same as being dead?

So he watched the master carefully.

One could see by the master’s expression that he didn’t expect to see anything, everywhere he turned.  As a result of this, he was incredibly happy and incredibly expressive, and incredibly contributive to the community.

This was the proof that he needed to see that there was nothing negative to come out of this.

This is the paradox of the situation.  It would seem that this would create bleakness or unhappiness but Mr. Young’s master was living proof that this was not the case.

When the sense of self can be experienced completely, moment by moment, the subjective experience becomes more wave-like.

When a person looks to you from the outside, it seems that you have a normal personality but that you are engaging and charismatic.

What we are doing is clarifying the sense of self, it is not erasing it.  The self is transparent, it is no longer rigid.  Understanding the discernment between the thinking mind and feeling body gives the ability to do this with consistency.

This is not an erasing of the sense of self, it is simply clarifying it.

Emotions come about through a tangling together of the thinking body and a feeling mind.  If we are able to skillfully keep track of these components of awareness, the negative components are removed.

Be very clear about what is mind, what is a body – their relationship is absolutely fundamental.

Experience is complex.  By reducing the experience down into its fundamental ‘atoms,’ which are none other than pure spirit.  When those atoms are allowed to be experienced fully, they are experienced as waves, not as particles.

Quantum Physics, quantum computing, everything runs on this fundamental principle.  When the observer is removed, particles exist in multiple points at the same time, they employ quantum entanglement, etc…  The Quantum reality shows us this.  It is what is giving rise to Quantum computers, which are in total operation today.

There is literally nothing else that needs to be said about this, but, there is one final thing to understand.  The waves are not the experience of the creator in its entirety.

When the waves cancel out, there is peace.

This is a bringing together of the positive and negative.  It contains everything and cancels all of it out.

Out of this, is True peace.

In this peace, there is a coming together of a drawing back of this and of all conceivable universes.

This Unity is where the waves cancel out.  It is nothing and contains everything.

This is what St. John of the Cross calls “Todo y Nada”.

This is what his teacher, Sisashi Rohen, calls “Zero”.

This is what Hebrew call “Ayan” – or True nothing.

Out of this true peace, arise the waves, self, space, time, and world. 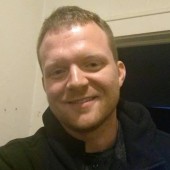 Mitch is the founder and creative director of Individuals Anonymous, FogPusher Digital Business Development Solutions, and a variety of other endeavors. After 7 years in the green building technology/mortgage/real estate industries, Mitch was involved in a series of less-than-ideal events including an auto accident which resulted in a traumatic brain injury (2013). As a result of finding recovery from the TBI, along with true freedom, he set out on a mission to share his story with those who are suffering the most. In the process of sharing the story with people who were asking for help in Facebook groups and the suicide watch subreddit, he was getting flooded with requests for help. The thing is, Mitch is just a normal person who has a story others can learn from - he could not help in the capacity people were asking for it. Individuals Anonymous was created as a means of helping the story spread in a way it could be heard by those who need to hear it. Outside of Individuals Anonymous, Mitch spends most of his time helping business with digital business development/sales funnels/web design/lead generation/chatbots. In his spare time, Mitch enjoys spending time with his puppy, Lilly, producing music, and helping others find true freedom in life.

Mysticism in World Culture: The Science of Enlightenment Session #3

Mindfulness: Working With the Feeling Body

Relaxation and Reality: The Science of Enlightenment Session #4